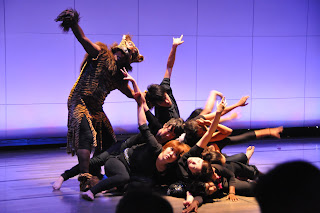 Bornfree Art School was invited to perform Heiwa Zou Resha for the month of August 2011 in six cities; Hiroshima, Fukuoka, Nagasaki, Osaka, Nagoya and Tokyo with a thousand people awaiting our shows. It was such a tremendous response from the people in Japan. This was a year-long plan to invite artists from India, who would deliver the message of peace and children of India through Heiwa Zou Resha. On behalf of the Bornfree, John Devaraj, Anand Dhanakoti, Ramachandran S, Saravana D, and Pia B were performers and facilitators for the workshops. They represented India on the day of Hiroshima and Nagasaki Atomic Bombings ( 6th and 9th of Aug), trained Japanese children on the issue of Sadako, Kempo Kyujo, and animals' rights. John had lectured regarding the issue of peace and children's rights. We were also able to conduct a workshop for children who are mentally abused backgrounds and suffering from personal problems. They enjoyed our workshops thoroughly and their minds and bodies became liberated. Bornfree made a huge impact on young people in terms of issues; many participants said that they, Indians thought us about Atomic Bombing and Sadako.There were young people who dance on Article 9, Kempo Kyujo of the Japanese constitution. Saravana and Ram want to pursue peace studies in Hiroshima soon as well. Anand said this time he could deepen his thoughts about peace and were able to understand many issues from the historical and political points of views. Pia has enriched her experiences of working with kids and also got educated in peace issues. John has come up with a new idea to set up a peace museum in Bangalore. Bornfree can play a vital role further in contributing to make Indian society free from the violence and war. You can log on to the photos; https://picasaweb.google.com/112988018918182260579/HeiwaZouReshaTOKYOPerformance
Details more about Sadako; http://en.wikipedia.org/wiki/Sadako_Sasaki
Kempo Kyujo; http://en.wikipedia.org/wiki/Article_9_of_the_Japanese_Constitution
Posted by Bornfree Art School at 8:20 AM No comments: