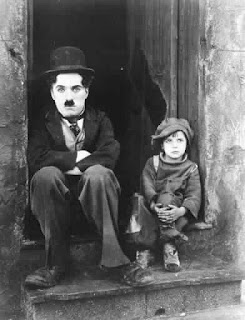 The Bornfree Art School Theater is a Chaplinisque Theater. It is inspired by the History, Philosophy acting style and genius skills of the great master. Chaplin himself homeless at twelve a working child, contributed to the world through laughter and humour understanding poverty, destitution , hunger, humanism without even uttering a word.

The Bornfree has created "Che Che", short films on child labour in Charplinisque way. There are three episodes; Bonda Boy, a battle of child hotel workers, Mane Bootha about domestic child labourers, and Ragged Dancers about child ragpickers. Each is 20 minute-long.

This event will open with a dance piece of "Smile", one kind of the song that Chaplin composed in his life and used in "the Modern Times", later it became very famous because lyrics were added by Nat Cole King and sung by him and Michael Jackson. There will be theater pieces acted by Bornfree ; Boxing, Kid, and The Emperor from Chaplin's famous movies.

Please come and celebrate his birthday with laughter.
Details; https://docs.google.com/document/d/1F9zLaGjpazhQKkud42gKU3jVisNv0XHL2bdSIaOYtks/edit?hl=en#