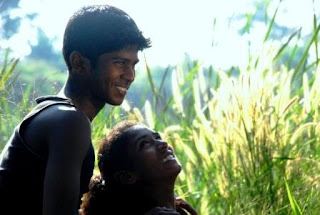 Ananda~an ode to Joy will be screened in Hiroshima.

Ananda~an Ode to Joy is a non-fiction biographical movie about working children, acted by former working and street children of Bornfree Art School. Anand is a boy who wishes to study, but his father forces him to work. He drops out of the school, starts roaming on the streets. Out of hunger, he steals bread, money, fianlly BULLETS from the factory! He is arrested by the police, but he qeustions "I have stolen bullets out of hunger, and i am called a robber! But listen, who on this earth is the most guilty of producing guns and bullets and make money?" His journey starts with this question.............Guns vs Pens. Come and watch it! Details; mioinakayama.blogspot.com

Ananda will be screened in India on the 14th of November 2010 for the first time.
Posted by Bornfree Art School at 1:31 PM No comments: